Mummy is a lot of “croc”

Mummies of animals have long been part of the deeply complex Egyptian religion. The still unearthed Labyrinth of Egypt was said to hold hundreds of crocodile mummies and hundreds more mummies of human beings.

But crocodile mummies aren’t that hard to find in the many tombs of the once-great culture. The crocodile was said the be the material incarnation of the god Sobek, much as Thoth was known as an stork-like bird and Horus was portrayed as a falcon. Egyptians didn’t worship crocodiles, but they considered large and ornate mummies of crocodiles as an offering to the great god, Sobek. 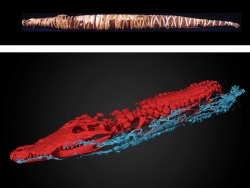 Scientists had a look recently at a croc mummy that more unusual than most; it was extremely large, possibly containing a monster reptile. But when they did a 3-D CT scan of the mummy at the Academic Medical Center in Amsterdam, they found not only two full-grown crocodiles, but dozens of individually wrapped baby crocodiles. There are only a few of this kind of multi-croc mummies to be found in the world.

The Egyptians used all sorts of stuffing (linen, wood, rope and plant stems) to make the mummy take on the shape of a huge crocodile.

Since November, visitors to the Dutch National Museum of Antiquities can do a virtual autopsy on the 3,000-year-old mummy, using an interactive visualization tool. They also can do a post-mortem exam of an Egyptian priest. They can examine the ancient remains layer by layer, learning about the age at death, physical features, and the mummification process.

Did snake get his fangs into Cleopatra?

Sometimes people just can’t a good legend alone. Take the story of Cleopatra VII of Egypt, the last ruler of the Egyptian civilization. After she and her lover Marc Antony made a number of tactical blunders against Octavian of Rome, they were trapped in Alexandria, while Roman soldiers slew many of the Egyptian troops.

Cleopatra took shelter in a nearby temple and refused to come out, sending servant girls for her her food and necessities. When it became apparent that Octavian meant to capture Cleopatra and parade her, vanquished, through the streets of Rome, 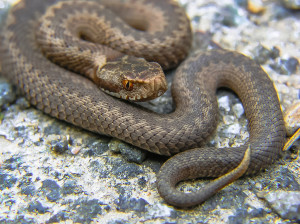 she decided on suicide. The legend is that she had servant girls sneak in poisonous snakes, hidden in a basket of figs. When two servants allowed themselves to be bitten by the so-called asp (out of loyalty to their queen), then Cleopatra took the snake to her chest and it gave her the killing bite.

Well, according to Dr. Andrew Gray, curator of herpetology at Manchester Museum, the local poisonous snakes around Egypt would have been much too big to have hidden in a basket of figs. The snake in question had to either be a cobra or a viper (“asp” is an old word for a viper or cobra), and both tend to be about four to five feet long. Also, there is only a 10 percent chance that the poisonous snake’s bite would be deadly because often they give “dry bites” (non-venomous) just to keep annoying creatures, like humans, away. They need to conserve their venom, Dr. Gray told Phys.org, because they rely on it for hunting for food.

The idea that the cobra or viper would bite two serving girls first before finally chomping on Cleopatra is most unlikely, he said.

“It just wouldn’t happen,” he said. “That’s not to say they (cobras) aren’t dangerous: the venom causes necrosis and will certainly kill you, but quite slowly.”  It also would be a quite painful death and not the quick suicide of the Cleopatra legend. In the old story, Octavian became suspicious when no one came in and out of the temple, so he sent in soldiers, who found Cleopatra on a bed, with an asp on her chest.

Hard to say what really happened, since archeologists still haven’t found the tomb of Cleopatra and Marc Antony, thus her body or mummy cannot be examined.  Meanwhile, the royal city of Alexandra remained a major city in Egypt for many decades until it was so riven with earthquakes and storms that much of the populace moved inland and founded Cairo. Cleopatra’s palace and her pleasure island were recently discovered by divers, who say that most of the buildings showed signs of earthquake damage.

Did Cleopatra commit suicide at all or did Octavian just kill her? Most likely she did commit suicide as she was a proud woman and the last of her line. She did not want to be mocked at the hands of the Romans. Her son by Julius Caesar had already been killed by Roman troops, and with her radiant youth and sex appeal fading, she probably found no further reason to go on living.

Cleopatra will always be strongly associated with snakes, in any case. She kept hundreds of non-poisonous royal pythons in her palace and wore a crown with a snake on it. She was also considered the living embodiment of the goddess Isis, who could take on the shape of a snake.

Writing Fantasy—Where Those Ideas Come From

This blog is mainly for relating news of the fantastic and seemingly magical things that go on in our world and the universe. However, I’ve been asked to write about my own work with fantasy fiction, as well. So from time to time, I’ll write about how I go about writing fantasy, which I base in the current world. (I don’t do sword and sorcery writing.)

The thing most people ask me is where I get my ideas. I’m not sure why they ask this, because everyone comes up with ideas in unique ways. Some just have flashes of brilliance, others do research for years. I’m in between the researcher and flash-of-insight kind of writer. For my first book with the Story Plant, The God’s Wife, I had done years of reading on ancient Egyptian culture and religion. In the midst of all this reading (which was done for 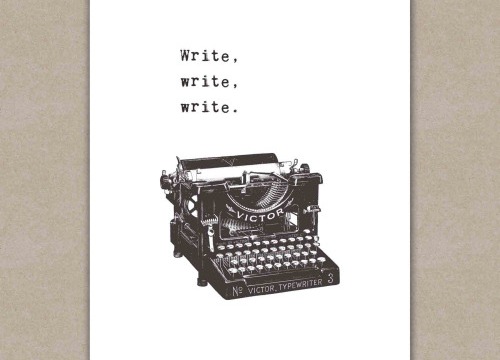 my own enjoyment), I discovered that there was a type of ancient priestess in the early dynasties, the 18th Dynasty, and in New Kingdom,  called the God’s Wife of Amun. She was supposed to be the earthly wife of Amun or Amun-Re, who was the chief god of the leading triad of gods during the New Kingdom and then later in the waning years of the Egyptian civilization. (Egyptian religion is so complicated that books have been written trying to describe it, but just accept that Amun was the top dog.)

I also traveled to Egypt, when it was safe, with John Anthony West, who lead an extraordinary tour of the pyramids, Sphinx, and great temples. I did research over there too. Plus I learned what the land was like, how the Nile smelled (surprisingly sweet), and how ancient Egyptians depicted themselves in artwork.

Because the God’s Wife was married to the head god, she trumped all the male priests in the temple. Some Egyptologists contend that she was second in power to the Pharaoh, because religion and government were the same in that era. She often came from the Pharaoh’s family.

Also. earlier I had seen a Polish movie, “The Double Life of Veronique” by director Krzystof Kieslowski, translated into English. I was fascinated by this tale of two women who shared the same soul. I decided to make my fictional God’s Wife share a single soul with a contemporary-era Chicago dancer who is to dance the lead in a production of “Aida,” based in ancient Egypt. I leave it up to the reader to figure out how this can be (although I hint strongly a the parallel universe theory). Eventually, they have to merge.

In retrospect, I wish I had put the single soul concept in my promotional material, because many people didn’t understand the dual plot. I did change my Amazon description to make this clearer.

For “Dateline: Atlantis” I read so much about the fabled disappeared continent (or large series of islands) that I don’t know where to start. The idea just grew in my head about a reporter who discovers an underwater world and the romance, murder, detective work, and near deadly underwater encounter all grew out of that. Some plots just do themselves.

I must give special credit to Graham Hancock’s many books about the possibilities of pre-Ice Age civilization as my guiding lights. Hancock, a real reporter, stood out from some of the loonies who wrote strange. unbelievable books on Atlantis. For my next writing project, Hancock is an  influence again, and the story involves, somewhat, a killer comet heading towards earth.

My books are published by the Story Plant, a great, innovative, independent publishing company,